The James Webb Space Telescope (JWST) is in the news as it fends off micrometeoroids and begins transmitting full-color images and spectroscopic data. But JWST is just one of many spacecraft that launch annually using AMETEK Programmable Power Elgar Solar array simulators. Fortune Business Insights sees a bright future for the industry, with the market for medium and large satellites expected to grow at a CAGR of 4.20% to reach $14.98 billion in 2028.

Most satellites will run on solar energy when they reach orbit, but before launch, each will need to be thoroughly tested using a solar array simulator (SAS) to stand in for the solar panels it will deploy in space. An effective SAS needs to mimic a solar panel’s soft IV characteristic over a range of loads. It also needs to simulate eclipse events, during which a satellite in the earth's shadow or other celestial body needs to operate on battery power. In addition, it is essential to accurately simulate the spacecraft's position from the sun and the changes associated with its orbital movement.

To learn more about how a SAS from AMETEK Programmable Power was used to test the JWST and how you can apply it to your satellite test applications, see the application note Solar Array Simulator Helps Get JWST, Other Satellites Into Orbit. 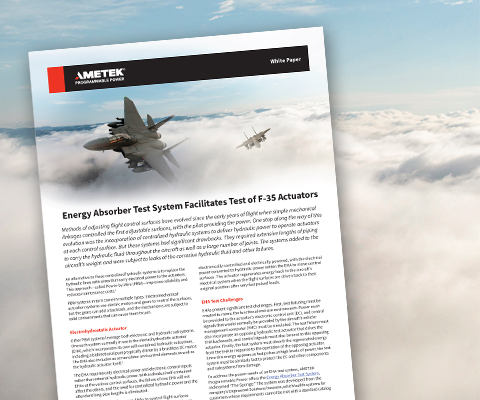